February 25th is the day the world recognizes Commedia dell’Arte. Thanks to Commedia, we have the term “slapstick”. Commedia dell’Arte began in the 16th Century in Italy when professional actors traveled around in troupes performing on city streets, royal courts or wherever they had an audience. There were no elaborate sets and they used what they could find for props including animals, food, and furniture. Some of the most famous characters that came out of Commedia are Arlecchino, Pantalone, Zanni and Il Capitano.  The character Arlecchino bore two sticks tied together, which made a great noise on impact leading to “slapstick” comedy. Using improvisation and masks, Commedia became world famous and today we can see the characters portrayed in movies and television.

Go Inspired is proud to offer a Commedia dell’Arte course in the place where it all began. A fun hands-on workshop with participants from all over the world blending their cultures, humor and improvisation skills while learning from professional Italian actors. Join the course for 2 or 4 weeks, accommodation included. For more information, check out Commedia dell’Arte in Florence.

If you would like to learn the art of mask making, join us for a 2-week course where you will leave with 2 masks. 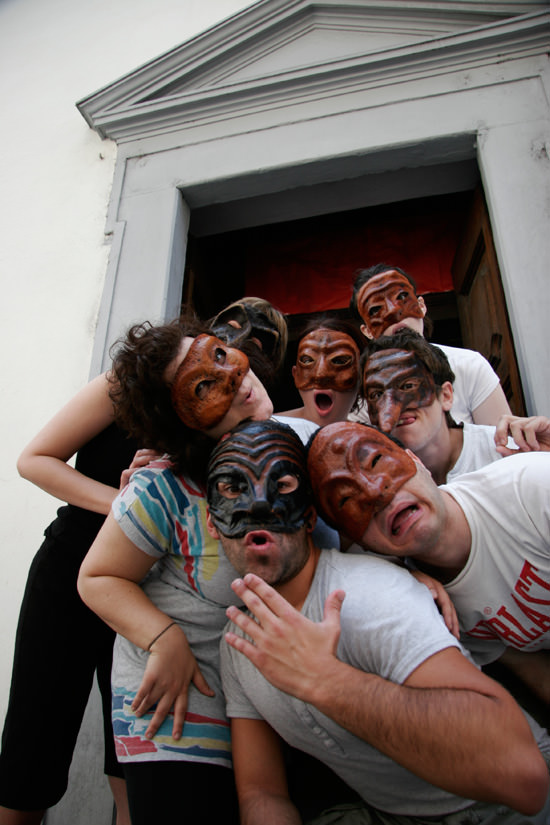